What did your Genesee County relative do during The Great War? About 1,400 men and women from Genesee County served in the military during the war, and many others worked in supporting organizations and civilian roles. If you would like to share your relative’s story, please contact me with any information you may have. If you have documents or photos, so much the better.

I’m proud to include any soldier, sailor, marine, nurse, or other participant in the war among the listings on this page honoring those from Genesee County who served. 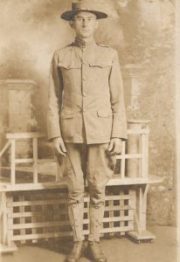 William Burns was born in Batavia and was inducted in May, 1918 as a member of Genesee County’s eighth draft contingent. That June he was assigned to Company G of the 21st Engineers, and shipped out for France in September. He was stationed at Abainville, where his unit built and maintained tactical light railway equipment for delivering crucial supplies to the front. After the war, Burns enlisted in the U.S. Marine Corps, and served in Haiti. Later he lived in Buffalo, working as a carpenter. He died in December, 1946. 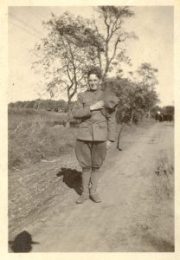 Private Stanley Crocker of LeRoy served in France as a caisson driver, driving a team of horses pulling armored caissons loaded with artillery shells to the front. Shortly after the armistice, he contracted pleurisy, from which he nearly died, spending six months in French hospitals and two months in American hospitals before his discharge on July 24, 1919. Crocker was a successful businessman in LeRoy and a commander of LeRoy’s American Legion Botts-Fiorito Post #576. He died on May 3, 1982.

Private Crocker is No. 115 in the “Boys of Battery D” unit photo featured here. 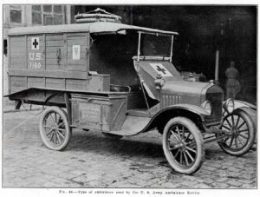 Nicholas Goodsell enlisted in February, 1918, at age 18, and shipped overseas a month later. According to The History of the United States Army Ambulance Service, his unit was awarded the French Croix de Guerre with the Silver Star. “Under the command of French Second Lieutenant Vial and American Second Lieutenant Duhring,” reads the citation, “in the combats of October 5 and 6, 1918, it accomplished the removal of the wounded with untiring devotion, in a violently bombarded section to which access was particularly difficult.” Mr. Goodsell died in Batavia in July, 1973. 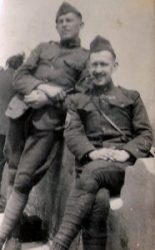 J Norman McGee (right in photo) was an aerial photographer during the war. Born in Warsaw (Wyoming County), he graduated from Warsaw High School in 1913 and attended Rutgers University. Norm joined the Army in April, 1918, and after attending the Army’s Aerial Photography School in Rochester was sent to Paris, where he was ultimately assigned to the 105 Photo Section. After the war, Norm worked for Pike Bank in Warsaw and later moved his family to Batavia to join Genesee Trust Bank, where he became president. He died in 1952. 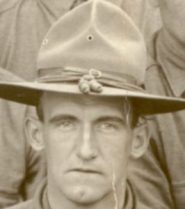 Roy Clark Price was the first East Pembroke man to register for the draft in 1917. He spent most of the war fighting with the 82nd Division’s 326th Infantry, which arrived in France in May, 1918. Mechanic Price saw combat at St. Mihiel in September and was gassed on October 15, 1918 as his unit attacked enemy positions during the Meuse-Argonne Offensive. When he returned home after the war he operated a farm and worked as a carpenter. He died in March, 1951.

Mechanic Price is No. 151 in the “Boys of Battery D” unit photo featured here. 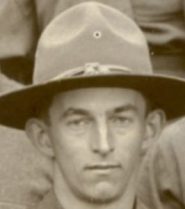 Norris Seward arrived in France in mid-April, 1918. In June his unit repelled German attacks at the Marne River, then was rushed to the bitter fighting at Belleau Wood to relieve embattled Marines. Later it was ordered back to the Marne, where on July 15 Private Seward was wounded during a massive artillery bombardment. He was wounded a second time in October during the Meuse-Argonne Offensive. Seward married and raised a family after the war, working at the State School for the Blind in Batavia. He died in February, 1988.

PFC Seward is No. 97 in the “Boys of Battery D” unit photo featured here. 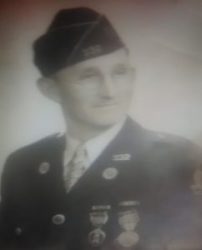 Robert Smith was born in Belfast, Ireland and was inducted into the Army at Batavia in September, 1917. In early January 1918 he was transferred to the newly founded Army Tank Corps and shipped overseas. Smith was a member of the first U.S. Army tank brigade ever to see combat, on September 12 in an attack at St. Mihiel, France. He was wounded on September 27 during the Meuse-Argonne offensive, and for his actions on that day was cited “for distinguished and exceptional gallantry.” Mr. Smith died in January, 1962.